The future (and past) of mobile gaming 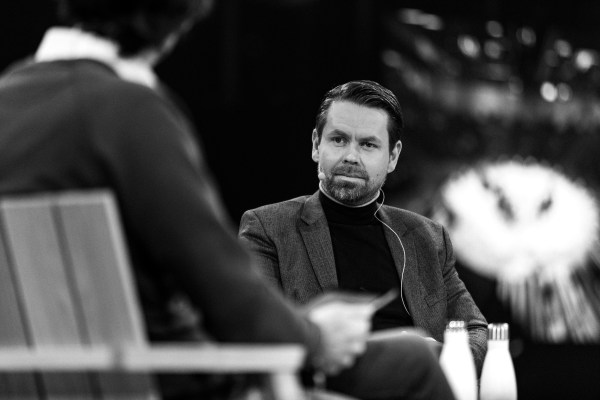 The summer of 2008 changed everything.

Apple’s launch of the App Store a year after the release of the iPhone was a watershed moment not only in the business of technology, but in every aspect of humanity. Nearly every industry can look back at data before July 2008 and after and see how rapidly and profoundly things changed. But one sector in particular turned into a completely different beast.

We’ve seen some amazing firms come out of the mobile gaming space, some with more success than others. One gaming founder who experienced the full gamut of entrepreneurial emotion is Thor Fridriksson, founder of QuizUp. As we head into 2020, I hopped on the phone with him to discuss the rapid rise of QuizUp in the early oughts, its hard fall from grace following a botched deal with NBC and Fridriksson’s predictions about the next decade of mobile gaming.

(This interview has been edited for length and clarity. Emphasis is mine.)

Thor Fridikksson: I remember when I was teenager. I was into role playing games like the typical nerds. One of the ones I loved the most was called Cyberpunk 2020. It was set in 2020, and it was all about bionic arms and implants and very, very futuristic stuff. And this is kind of why 2020 has a special meaning to me. But, usually, when people predict the future, they’re always so far off. It’s almost unbelievable.

Yeah, we haven’t quite gotten that that down yet, have we? Really being good at predicting the future. Maybe this next decade, with the era of big data, will change that. But let’s focus on the past for a bit. Take me 10 years back. I want to hear about how QuizUp became the popular game it was. You guys reached 20 million users in the first 12 months.

At the beginning of the decade, I was just graduating from university. I had lived in Iceland all my life, but for my MBA I moved to the UK to attend Oxford. It was a pretty wild time for me, especially because Oxford University had this annual thing called ‘Silicon Valley Comes to Oxford.’ I was watching this whole smartphone revolution that was just taking place.

We had the privilege of getting some really top entrepreneurs from the Valley at Oxford and they actually spent a whole week with students in the MBA program. People like Reid Hoffman, the founder of LinkedIn, and Biz Stone, one of the founders of Twitter, and others. I volunteered to be a tour guide for them.

At later stages, I would have to experience this myself. Personally, I think that one of the things that the U.S. entrepreneurial ecosystem gets right is that the stigma of starting a business and failing one is not nearly as strong as it is in Europe. If you start the business in Europe and you somehow fail, you will not have any chance to … it’s like, you’re an immediate loser. Whereas the thinking, or how people perceive entrepreneurs in the U.S., is that they’re those guys that try and try and try again. This is such a big difference in mentality between the two continents, and this is one big advantage that the U.S. has.

Fridriksson returned to Iceland after graduating Oxford during one of the biggest economic collapses in the world, which hit Iceland particularly hard. “There was absolutely nothing for a newly graduated business guy to do,” he said. This is around the time he started Plain Vanilla, which would be the parent company of QuizUp. He completely focused on the Icelandic market, unconcerned with the U.S., after having seen the smartphone unlock various geographies.

The first game out of Plain Vanilla wasn’t a trivia game at all. It was actually a children’s game called The Moogies that Fridriksson spent 18 months designing and producing. He recalls it as the classic founder story — he sold all of his stuff, spent all of his money and took out a bunch of loans to fund the project. “I wasn’t really thinking about VCs or anything like that, especially because there weren’t any here in Iceland at the time,” said Fridriksson.

In 2011, Plain Vanilla launched the Moogies, a sort of interactive, cartoon-based game for kids.

It was a massive failure. It’s one of those moments in life where you just put your heart and soul into something. I will always remember this moment. It was a pivotal moment before I started QuizUp. We were working with this big publisher, and I was waiting to see the first sales numbers for the game after it launched.

It was a big thing in Iceland. I was in the press and doing interviews and the launch of the game was big news in Iceland because we’re such a small country. I was really excited and I was thinking, ‘I hope it’s going to be 500,000 downloads, but 100,000 would be great. 50,000 would be OK.’ I was refreshing the dashboard and when I finally saw the number, it was only 500 units sold. Immediately, in one heartbeat, I knew that one and a half years of hard labor was down the drain.

What do you think went wrong there? Did you spend too much time building it out without an MVP or a beta? Do you think it would have done better if you shipped something a bit more bare bones earlier?

I don’t think that was what I did wrong. Actually, I’m a big believer in polish. Especially when it comes to games, I don’t think you should just try to get something out to prove something. You should really, in all your products, think about the details and offer a more finished product than an MVP.

In the case of the Moogies, it was a paid app. This is just around the time when free-to-play and the freemium economy was starting. So, paid apps just did significantly worse. The reason I wanted it to be paid is because I didn’t like advertising, especially not in children’s apps. I was against in-app purchases at the time and advertising, and I just wanted to create a very safe and nice experience for young children. I had my own toddler at the time who was the Chief Tester of the game.

So, it was a paid app. But the other issue is that breaking into the children’s category is so tough. They are probably the most brand loyal audience you will ever find. And I’m not really talking about the kids, I’m talking about their parents. When you have a kid that likes a certain theme of toy, like Mickey Mouse or whatever it is, their parents will only buy that. It’s very hard to get any sort of virality or break into children’s brands without mainstream marketing money.

Was the Moogies the only game Plain Vanilla launched before QuizUp?

Well, I get this idea of QuizUp. It’s a dark winter night in Iceland. I had just realized that I was bankrupt. And there was no way for me to get any more funding from Iceland. I was really feeling, what I mentioned before, this scorn. I would go to see investors and they’d ask how Moogies went, and I would tell them and try to make it look prettier than it was. They would block me immediately because there is this stigma of failure. And this is when I really felt that being in Europe, and having failed on my first try… it really damages your chances of getting up again.

I get this idea for QuizUp and write it on this electric bill that I can’t pay. And I was just convinced. I get this really strong feeling that this game would be the formula to virality and success. Users would play real people in real time and they would have all these rankings and titles. People are so vain, in general, that I knew they would just love it. It felt like something that hadn’t been done before and I really wanted to do it.

But, again, I had no money. I was totally bankrupt and had no employees anymore. But I remembered those guys from Oxford, Reid Hoffman and Biz Stone, and I think to myself, ‘I’m so connected. I’ll just go there. I’m 100 percent sure that with this great idea, these VCs will just throw money at me. I’ll be able to do this. Easy Peasy.’

Fridriksson hired two engineers on the promise of getting to move to San Francisco and help on the project. The plan was for the engineers to build a prototype of QuizUp while Fridriksson went around to VCs trying to secure seed funding. They all lived in a small apartment together.

This plan was a bit naive, when I look back at that time. I was expecting a red carpet to be waiting for me. That, when I arrived in San Francisco, people would be throwing money at me. And it was actually quite the opposite. Getting seed funding with just an idea is quite hard.

So did you get the funding?

Navigate the puzzling world of The Last Campfire, out tomorrow on PS4

Valfaris: 6 Tips to Help You Run-and-Gun to Victory, Out Today