Hi everyone, Timothy Gerritsen, Studio Head Fantasy Flight Interactive here. With the release of The Lords of the Rings: Adventure Card Game planned for August 8, we wanted to give the PlayStation community a first overview of the game and initiate your journey through Middle-Earth.

What is The Lord of the Rings: Adventure Card Game?

Players put together fellowships of up to three heroes from the Free Folk to embark on adventures against the forces of Shadow as directed by Sauron. As a narrative-based game, you encounter friends and foes as you adventure across familiar locations steeped in the detailed lore of the books, but allowing you to make your own legends through the use of your game decks. 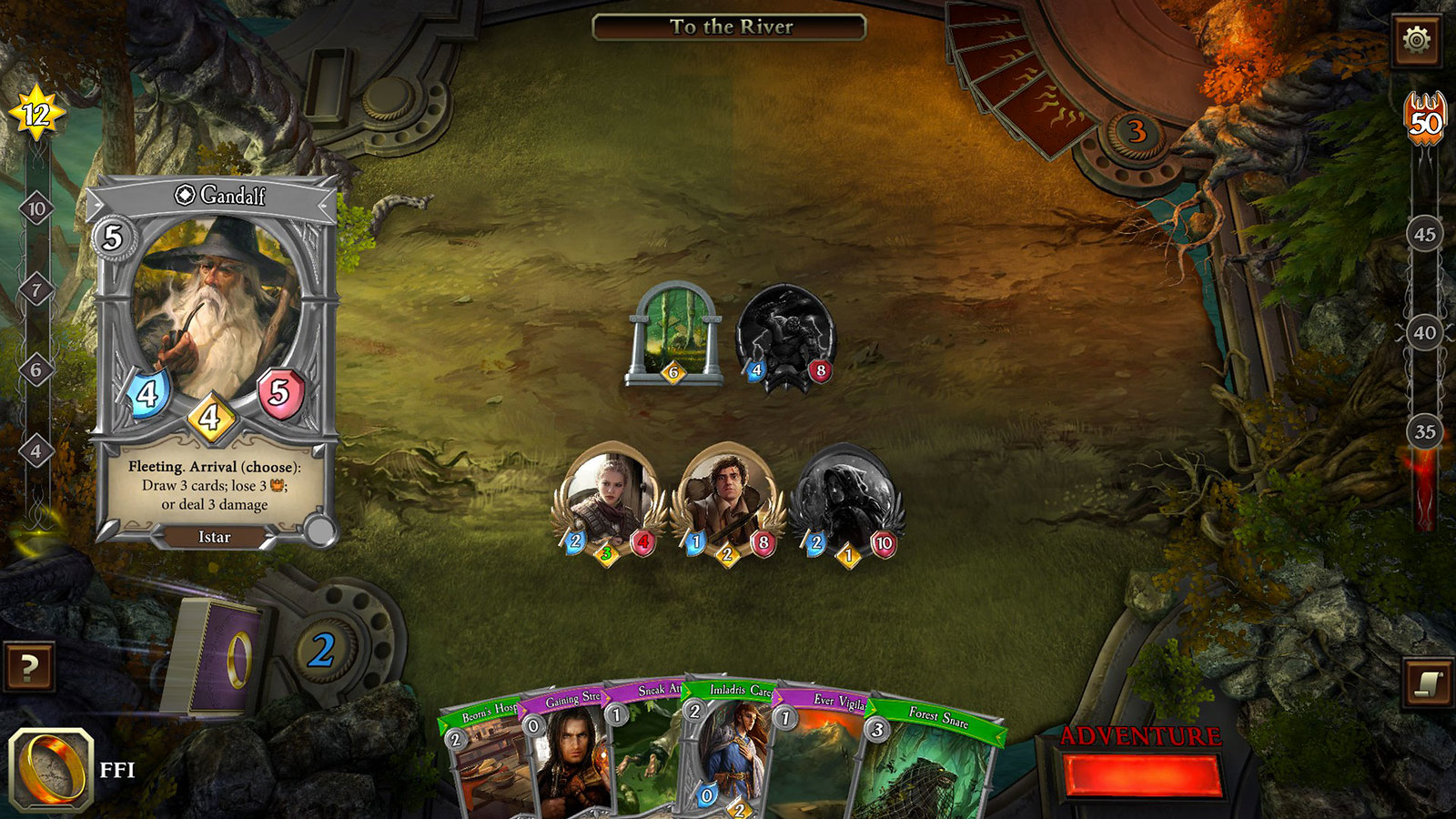 What makes it different from the other card games?

The Lord of the Rings: Adventure Card Game is unique in that it focuses on solo and cooperative play (PvE) rather than the player versus player style that is so common to card games. Pick three heroes from some of the most emblematic characters of Middle-earth and build your deck around their specific abilities and powers. Each Hero has one of four spheres of influence — Leadership, Lore, Spirit, or Tactics — allowing you to play specific reinforcement cards while in-game. Choose wisely when building your deck and make the most of each of your heroes to get an edge over your opponents during the immersive campaigns.

While your journeys may contain great challenges, taking advantage of your heroes and decks will earn you victory in battle. Sometimes combining the strength of multiple champions from the same Sphere of Influence to increase its power can help you overcome the swarms of enemies that you will face.

You might need to rely on your heroes’ Willpower to increase your Fate Pool and trigger powerful abilities that can turn the tide of battle. There are many ways to win, you must find the deck and strategy that works for your fellowship!

Every quest will require you to experiment with strategies as you confront more and more terrifying foes, ranging from Giant Spiders to fierce Trolls, even hordes of powerful Orcs! The Dark Lord will do everything in his power to prevent you from completing your journey. Watch out for his Threat Pool which can activate story specific events to make your quest more difficult. Take care not to let the Threat Pool reach its maximum… or else it will turn the Eye of Sauron directly on to you! 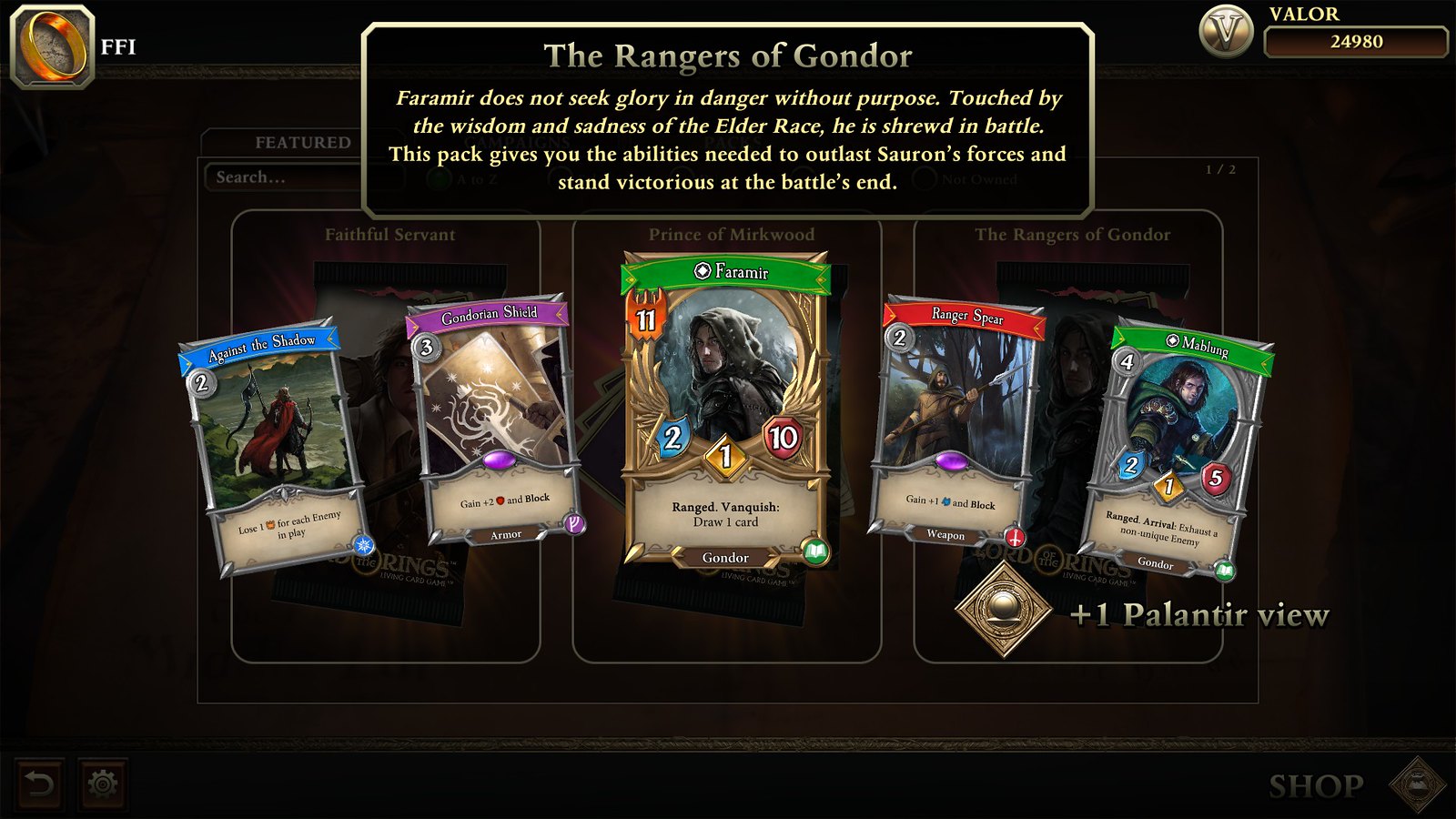 What story arcs are explored?

In The Fellowship of the Ring, there is a multi-year period after Bilbo retires to Rivendell leaving the ring with Frodo in Bag End and the journey that Frodo embarks upon. Our game is set during that timeframe. Frodo has not yet begun his epic journey. The true nature of The One Ring is not yet known, but shadows stir and the grip of Sauron is spreading, unbeknownst to the heroes and free peoples of Middle-earth.

We’re setting the game into this period initially because it’s rife with potential for great adventures. There are dark stirrings all over Middle-earth, but the extent of the threat is not yet known. The Dwarves have returned to Erebor, and Bard rules in Dale after the events of The Hobbit, so there is hope amongst the free peoples, but the ever-present threat from Mordor hangs over everything.

We start the game in well-known locations from the books, but our goal is to dive deeper into the lore of those places as well as to explore beyond these usual places and seek out new adventures further afield into places that are mentioned in the original books but not explored.

By balancing the known with the not yet known, we hope to keep the stories fresh and exciting while being fully respectful of the tone and continuity of the original stories. As committed The Lord of the Rings fans, we strive to keep the game rooted very firmly in the world that Tolkien created.

In the initial tutorial prelude campaign, you discover that Bilbo had one last adventure in him but gets himself into trouble. It’s up to your party of heroes to assist the old Hobbit as you uncover new threats coming from darkest Mirkwood.

In this and the follow-up campaign, The Shadow’s Reach, you’ll meet old friends like Gloin and the Beornings as well as meet new friends. You’ll encounter an odd little creature who is familiar to fans of The Lord of the Rings, who promises to guide you through the dark forest but might be more than he seems. 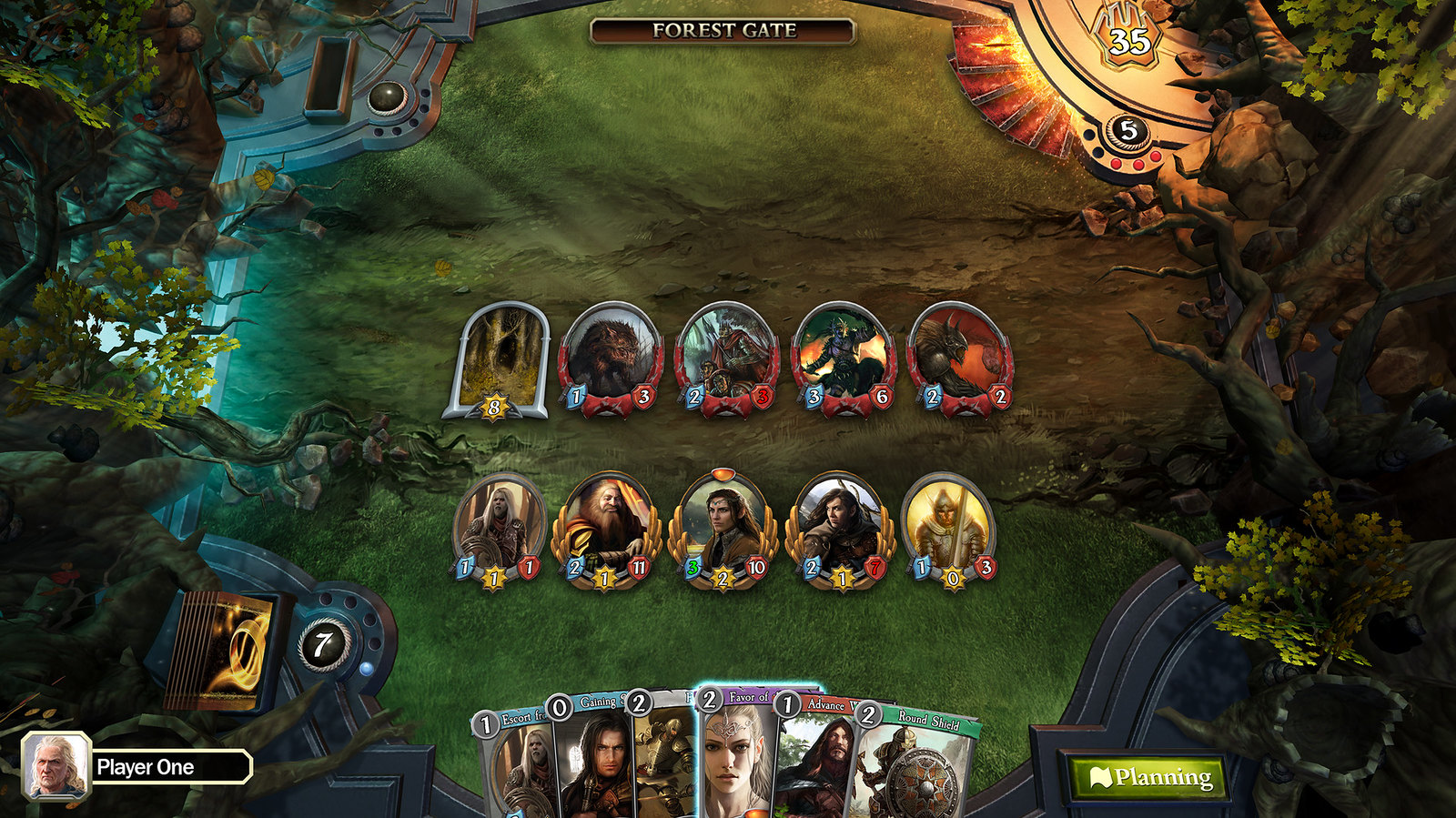 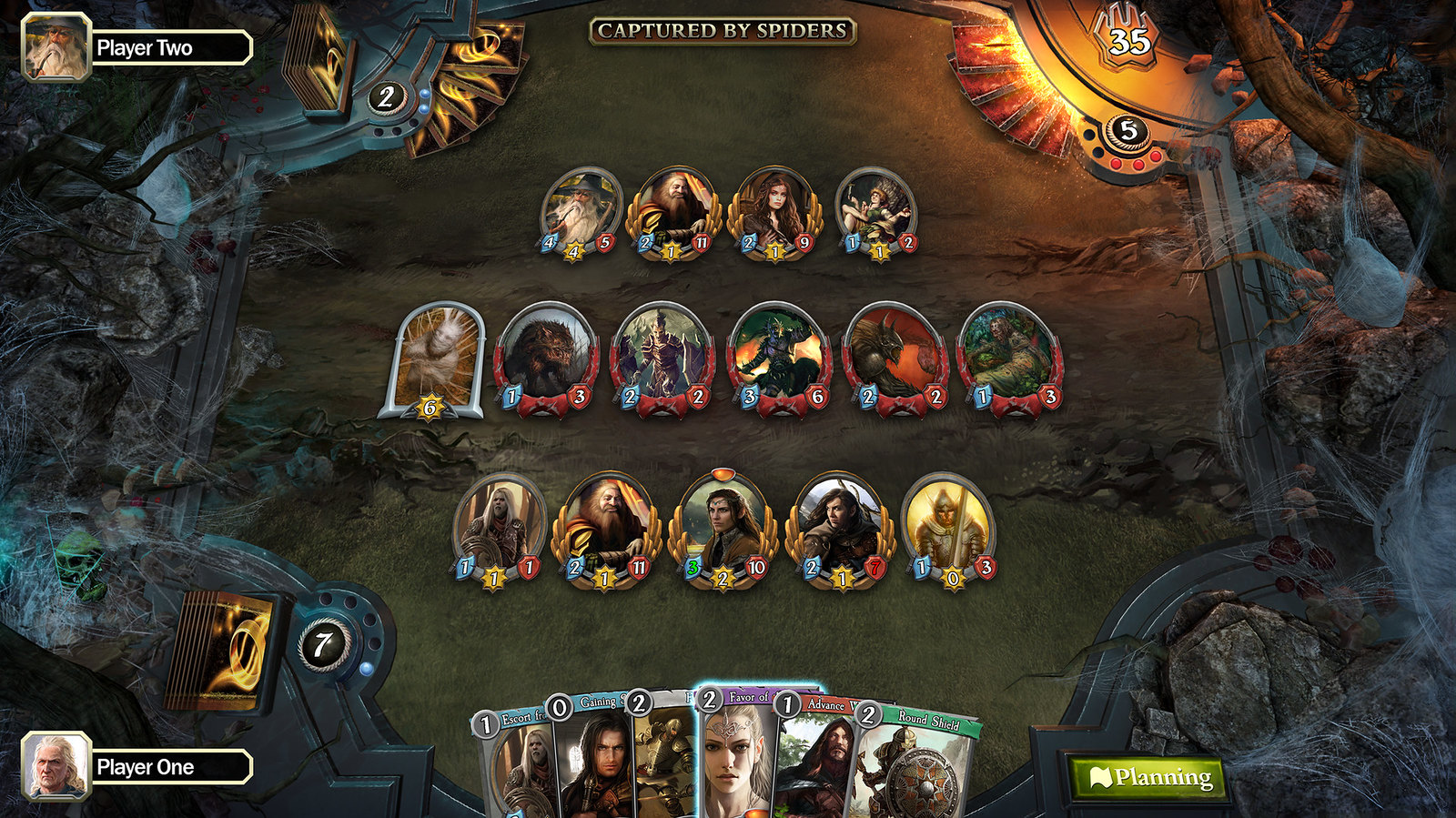 As you make your way through the game, you’ll strive deeper into the dark woods where you will encounter spiders, orcs, and the very beasts of the wood, discovering a dark secret that threatens all the neighboring lands.

You’ll conclude the story arc of the campaigns of the core set with The Shadow’s Fall, which has you on a mission from Galadriel and Celeborn of Lothlórien to confront the growing threat from Mirkwood and leading to the area around Dol Guldur, the ‘Tower of the Necromancer’ and former seat of Sauron’s power. You’ll meet an old wizard along the way as well as new heroes and threats and a terrifying enemy or two.

We also have included three new challenging Encounters that are not related to the above Campaigns. These present difficult quests for the players that go beyond the difficulty of the normal campaigns and are catered to players who desire extra challenge.

The included encounters will take you to the Misty Mountains in The King of Carrion, the foothills beyond the mighty Carrock, and the ancient fortress at Gundabad. In these places you will face a variety of difficult foes, from hungry trolls, to winter wolves to tribes of orcs and ancient evils that linger from distant times.