We are thrilled to bring the second paid DLC pack to the game this month. Supporting this title was a goal of ours from the onset. We knew that we wanted to bring additional characters, weapons, modes, maps, and more to the game after launch. In order to service both the game and the fans we need to bring both free and paid DLC in a regular cadence. Luckily, Predator: Hunting Grounds is a rich universe we’re all excited to play with. Since we brought Dutch in as a Fireteam member last month, we’d like to introduce a new Predator class this month.

The Samurai Predator has arrived. This class of Predator comes from an ancient Japanese legend that brings to life the tale of this demon from the sky. During the hottest of days when the sun bit the necks of farmers of this island nation, a rushing sound unlike any other echoed across the sky. The Samurai warriors would recognize this omen and don their weaponry to fight the invisible demon. Year after year, the most elite of warriors would fall honorably to this Yautja in a ritual that would last for centuries. We are excited to see players bring this Yautja into battle in the hunting grounds. We included early access to the Predator Katana with this DLC pack as well. The Predator Katana will be unlockable to all players later in July. 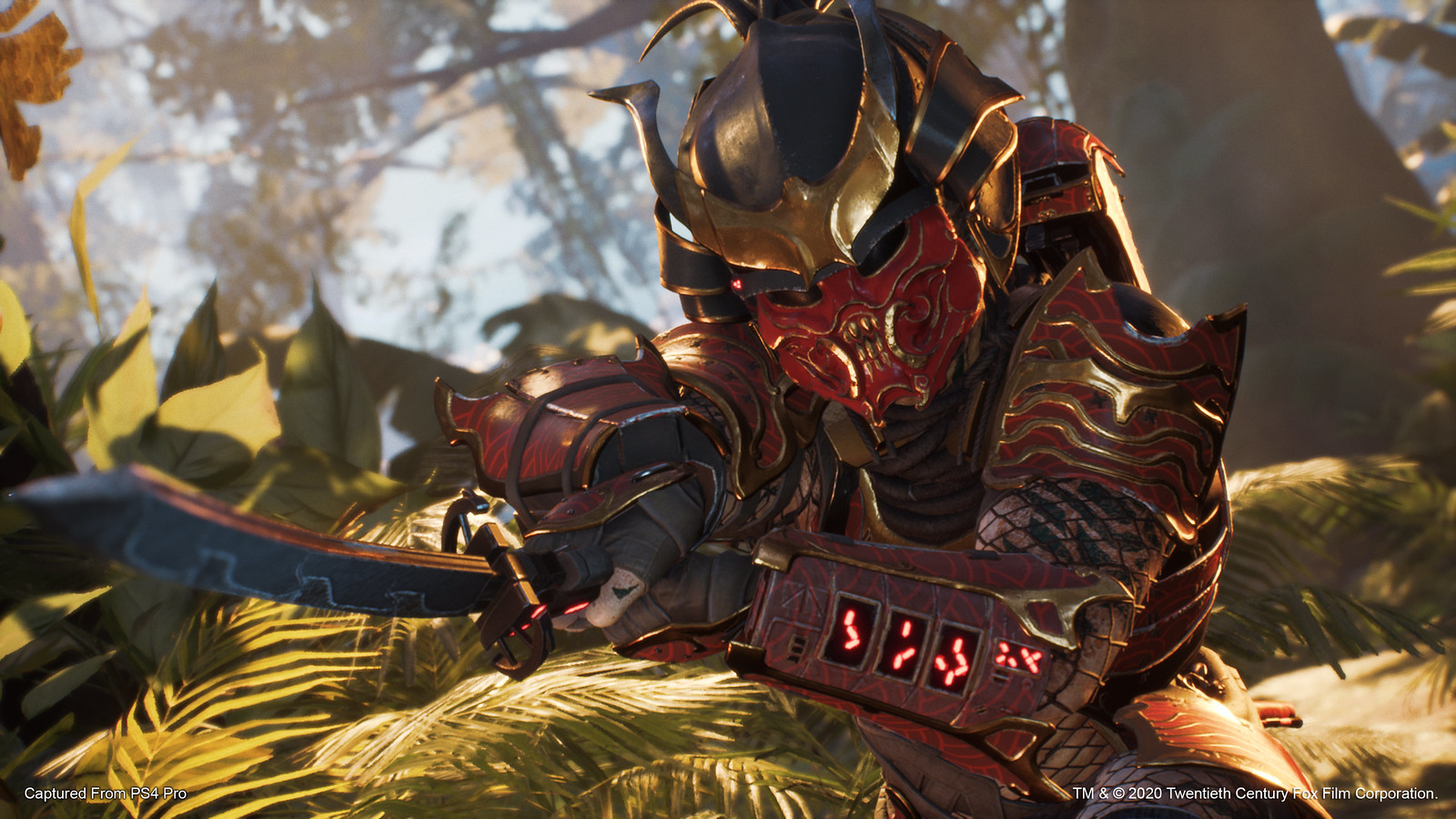 As a reminder in case you missed earlier this month, the free update landed in-game on June 12. This update made Dutch’s Hammerhead QR5 and knife unlockable to all players. We also dropped a ton of new customizations in it as well.* You can find the complete customization list on the IllFonic forums here; it also contains the Patch Notes for 1.10 from that day. And we heard in the community that many players had reached level 100, so we increased the level cap to 150. As a reward, players will receive the Elder Predator class once hitting this new level. I have seen a few Elders in the wild already. I cannot wait to see some Samurai in the hunt this week too!