Can you imagine? You partner up with Trover and you travel the cosmos meeting weird characters along the way. You’ll fight and platform across crazy levels all to save your dogs and stop a bad guy. Pretty clever concept, huh? Save dogs? Stop a bad guy? I mean… we’re like the Christopher Columbus of game devs, charting new territory. 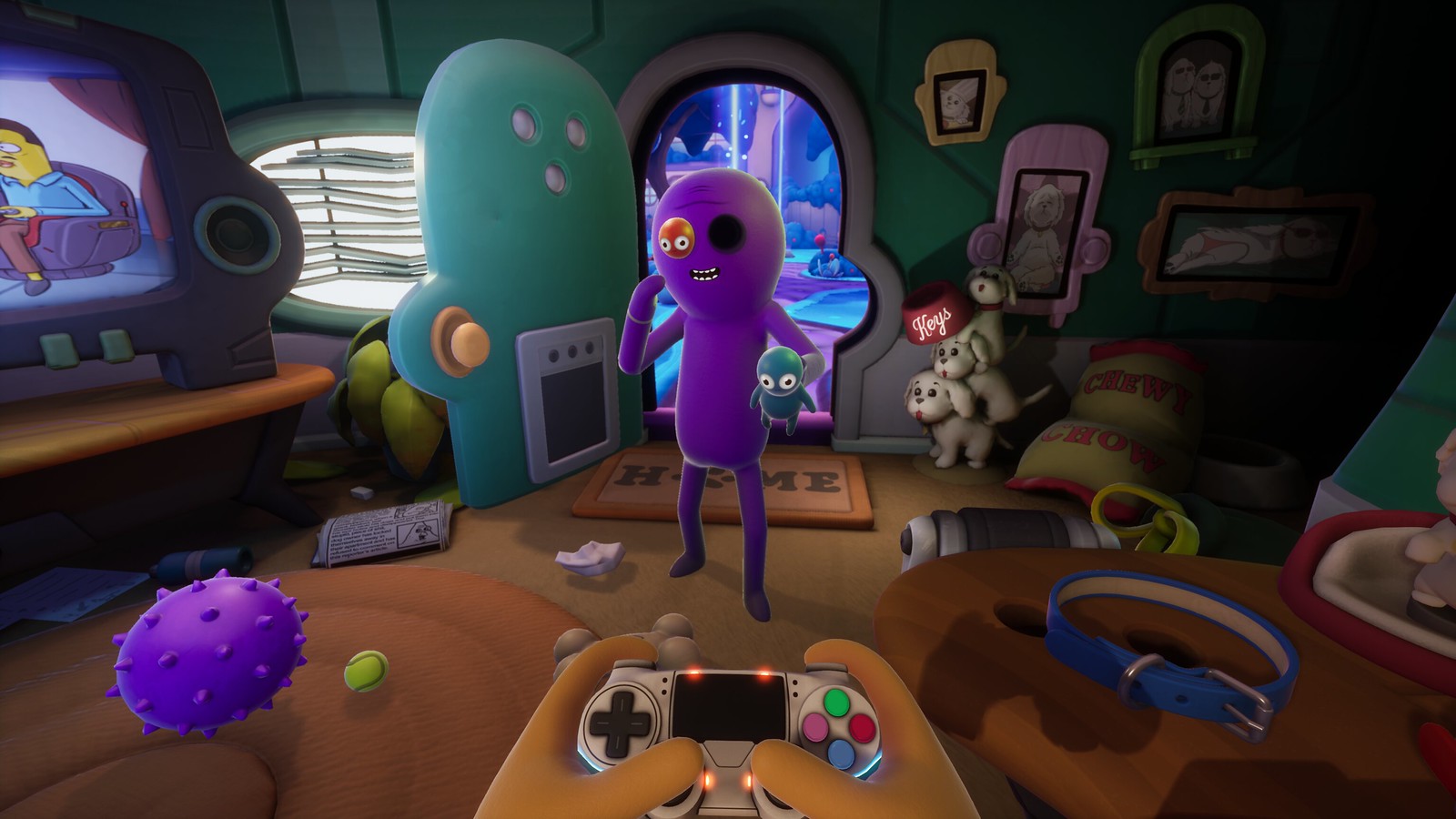 Trover is a funny and fun game. I swear. I wouldn’t be saying that if so many people hadn’t told me. Like, at least 30 different people, so unless they are all lying… the game is actually funny and fun.

Unless all 30 of those people are lying. But I don’t think they’d be able to coordinate a lie like that. Not in 2019. Maybe if this were like… the mid-80’s or even 90’s I could buy it. Not today. Way too hard. God. This writeup is horrible. Who am I kidding with this? Anyway. 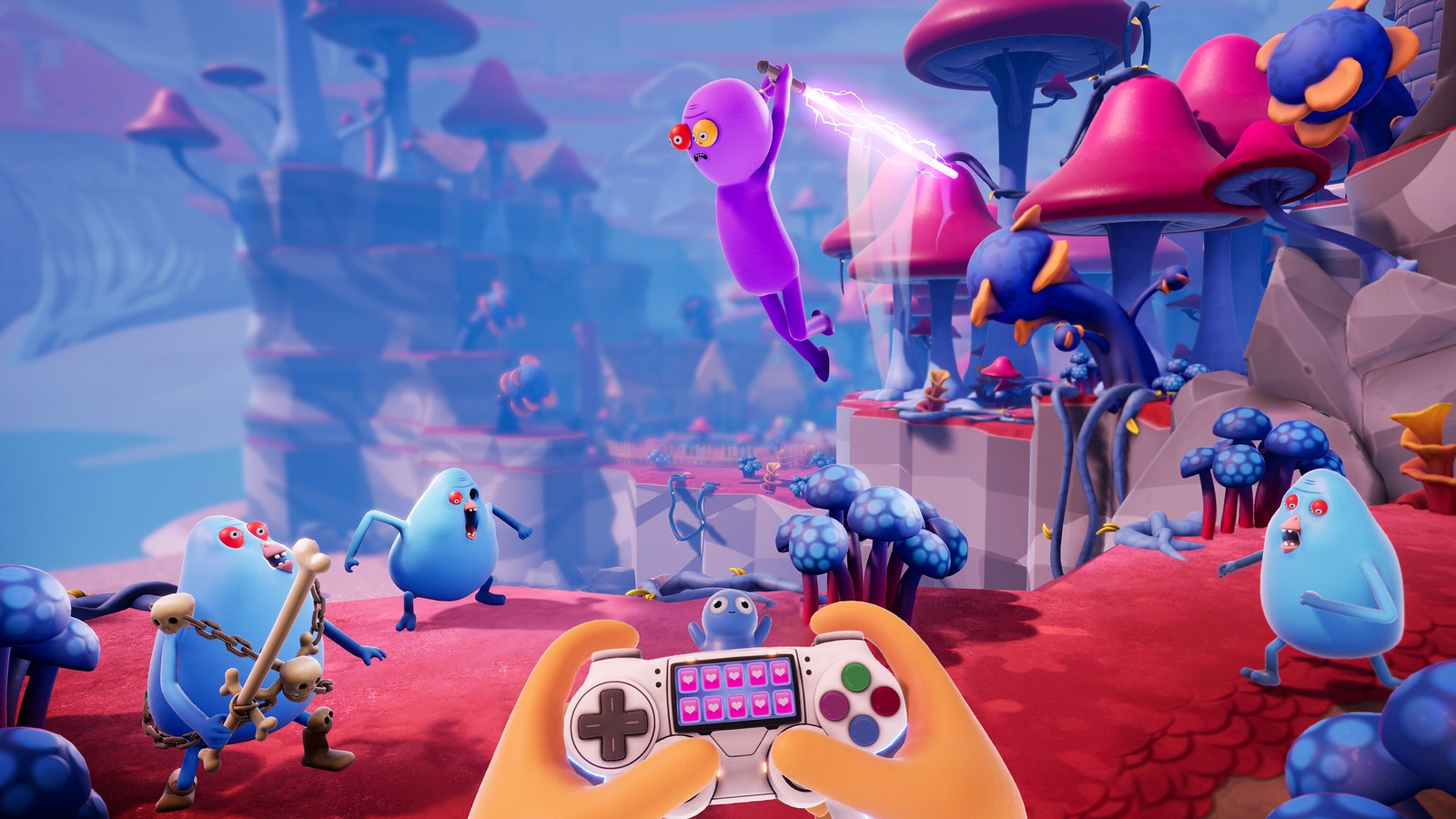 The game plays great on the TV. I keep hearing about that, too. From lots of people who don’t have VR. They are playing on the TV and they love it, and the people who do have PS VR love it, too. Seriously.

I also hear that the $29.99 price is perfect. Right on the money. If anything, people tell me it’s too cheap! Can you imagine? Like we should have made it more expensive! 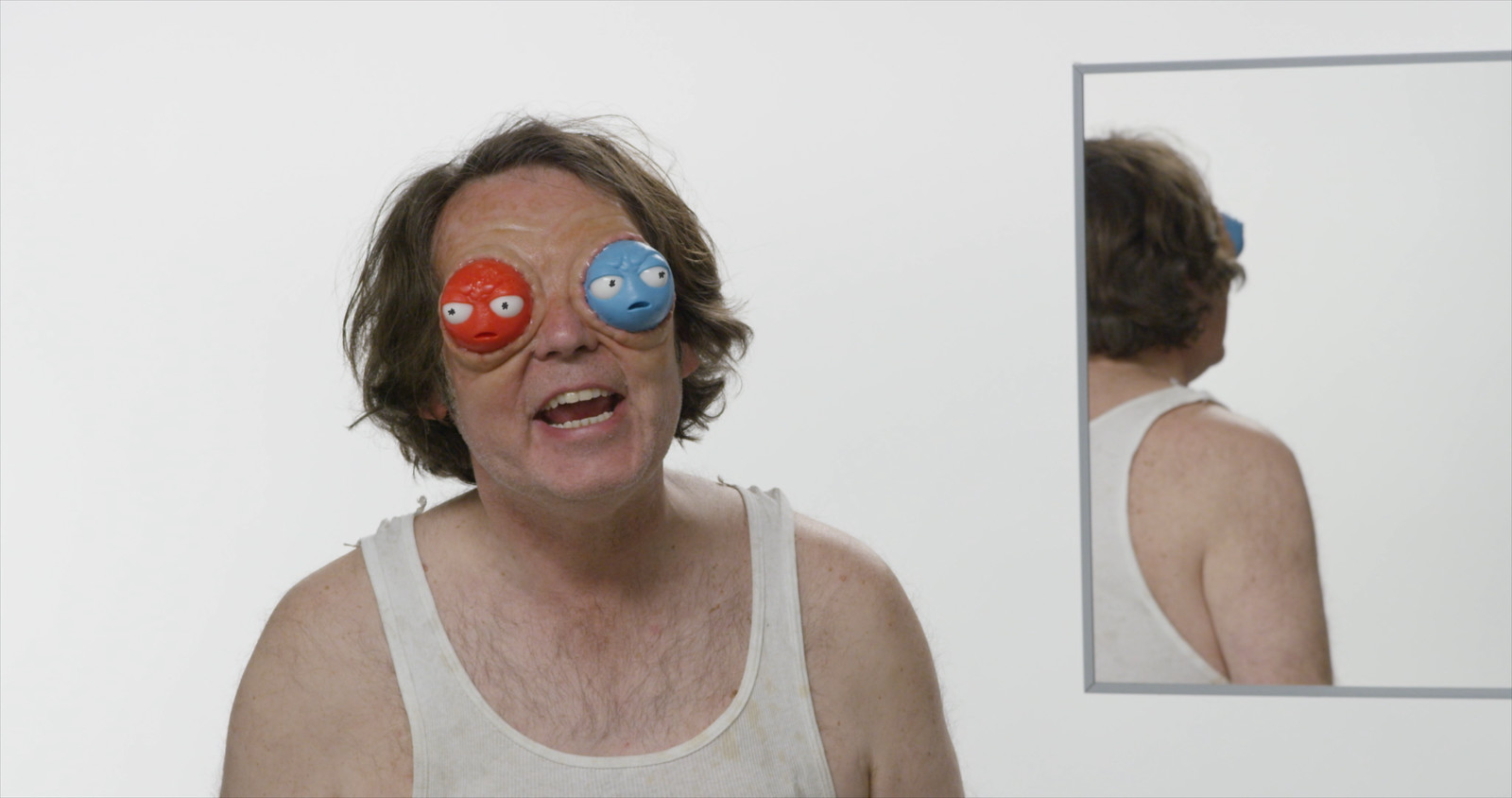 But instead of that, we will be adding fun side adventures to Trover in the form of DLC packs ALL FOR FREEEEEE!!! We’ll be releasing those as time marches forward and we slowly decay and eventually die. Do you think the cosmos gives a **** about you? We are nothing.

Dinosaurs, Robots, and Aliens — The Art of Super Dodgeball Beats, Out Now