It’s Saturday night, just minutes after the fourth annual TennoCon, and everyone at Digital Extremes is still tingling with emotion. All kinds of emotions: Nerves are mending, smiles grace the team’s faces, and somebody might be cracking open a bottle of champagne. This evening, more than 2,000 attendees from across the world poured into the RCB Place, London Convention Center to watch our 25-minute, live cooperative demo of the Empyrean Expansion (AKA Project: Railjack). The response? A massive, ear-splitting roar of enthusiasm that filled the convention center. Empyrean was just one of the many announcements unveiled at this year’s TennoCon.

With Empyrean, Warframe has taken its next big step forward. Having started with procedurally generated tilesets, followed by Cinematic Quests and then moving to open world Landscapes, Warframe’s developers have taken the next evolutionary step. The Empyrean expansion gives players immense freedom to take their Railjack across the Origin System to explore, take on missions, and reap cool rewards. But it also permits players to move — via Archwings — from ship to ship, almost like space…ninja…pirates. 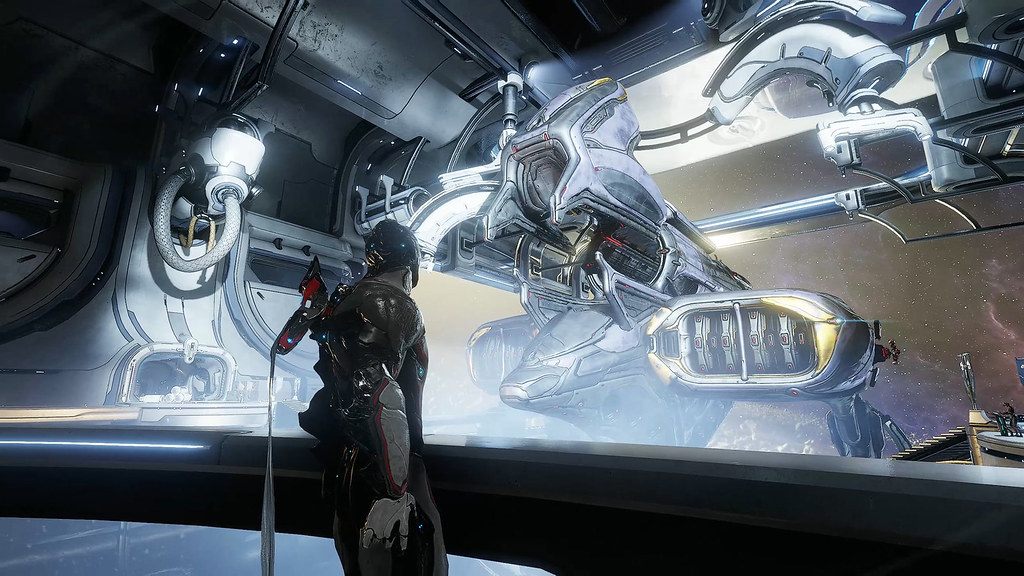 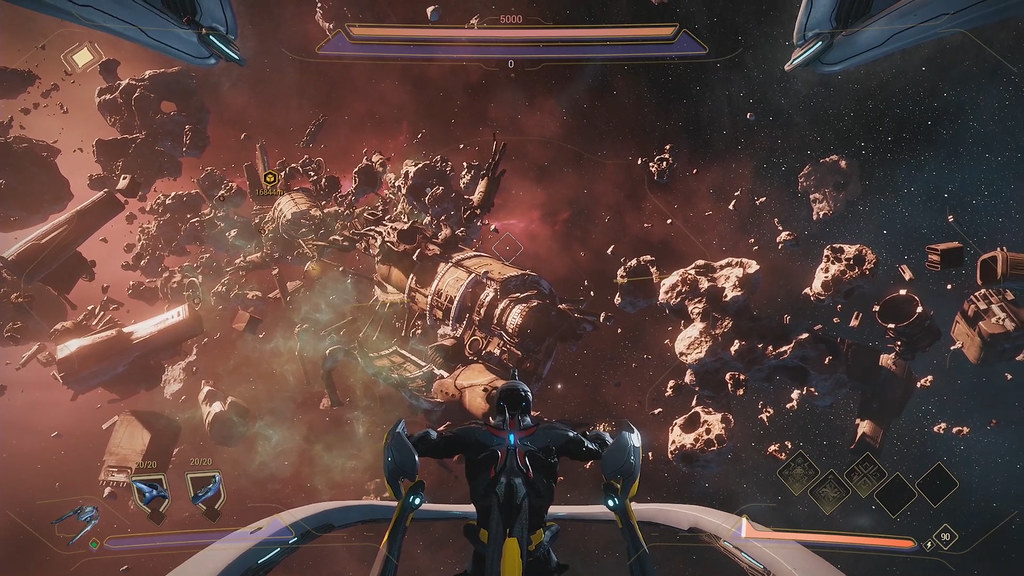 The live floor demo, led by DE’s community team, showed the details in real time. With three players onboard a custom Railjack (the new space battleship), they departed from the Dry Dock, the upcoming custom space garage, and set off to pick a fight. An incredibly powerful set of scenes ensued — they blasted through a Star Wars-inspired ‘light speed’ travel sequence, located and captured an enemy galleon craft using EMP blasts, jettisoned from their own ship using Archwings to infiltrate the enemy galleon, powered through a small army of Corpus soldiers, and finally took control of the enemy ship!

The team used the newly revealed ‘Squad Link,’ which extends missions by reaching out to players on land — in this case, the Plains of Eidolon — to perform tasks to help your cause. One community team member responded by powering down shields from a Corpus base on Earth, and was rewarded for it. Afterward, the team moved onto their next goal — attacking a capital ship with surprise boss, the Kuva Lich, Emra Rok, waiting at mission’s end!

The demo showed off a series of mechanics and ideas totally new to Warframe. With Empyrean, players will be able to: customize the Railjack’s many components (armor, weapons, engines, and more) to upgrade and stylize it; assault, steal, and pilot enemy ships; and use a Squad Link to call additional players into their missions to assist them.

The Digital Extremes development team thrives on its community’s feedback, enthusiasm, and its love for the game. Even though Empyrean was the main stage attraction, collectively the team was just as proud and excited to unveil a new CGI introduction to Warframe, created together with Director Dan Trachtenberg (10 Cloverfield Lane, Black Mirror, Uncharted).

PlayStation Blogcast 316: Back in the Rhythm