What to Expect in Dead Cells’ New DLC, The Bad Seed, Out Today

Heya everyone, I hope that you’re all getting into the swing of 2020 and had some nice time off over the holidays. While it’s now a bit late to pass this off as a “Christmas update,” we have a little something for you that we hope will make the start of this new decade a little more fun.

Dead Cells The Bad Seed DLC which we’ve been cooking up for the past eight months or so is finally ready to make you die a hundred times again, but we’ve made sure it will be fun and fair deaths (…most of the time). We’re also releasing the Legacy Update later and its ice-themed items and mutations later that month. 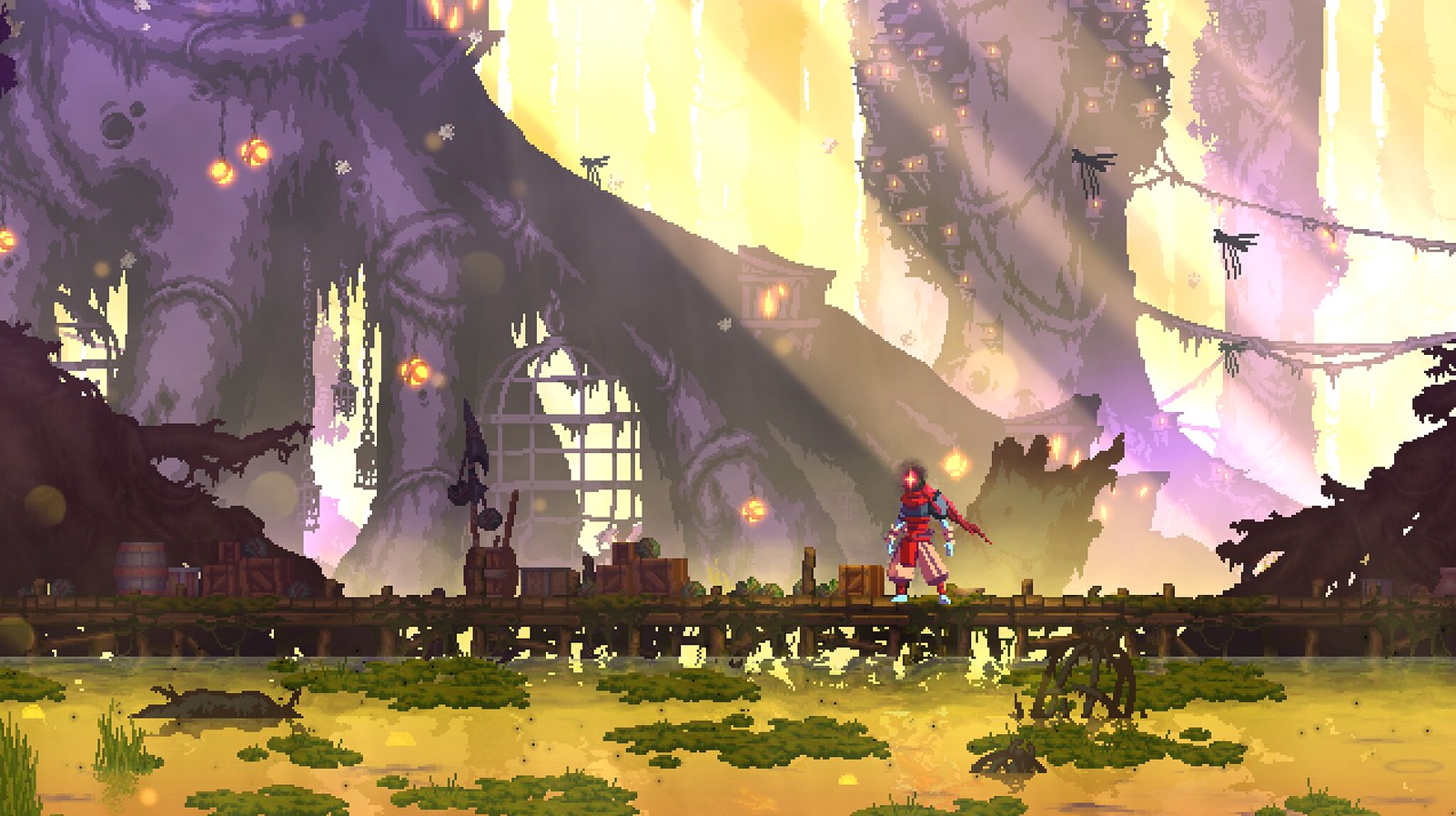 One thing we hope you’ll like in The Bad Seed is our first two-handed weapon, the Scythe. If you’ve ever wanted to feel like Death himself wandering around tapping people on the shoulder with your bony fingers of doom, then you’ll love this! It’s a heavy weapon that takes up both weapon slots and has different attacks on the square and triangle buttons. If you follow one after the other you’ll crit and tear anything in your path to shreds. Which, unsurprisingly, feels great. 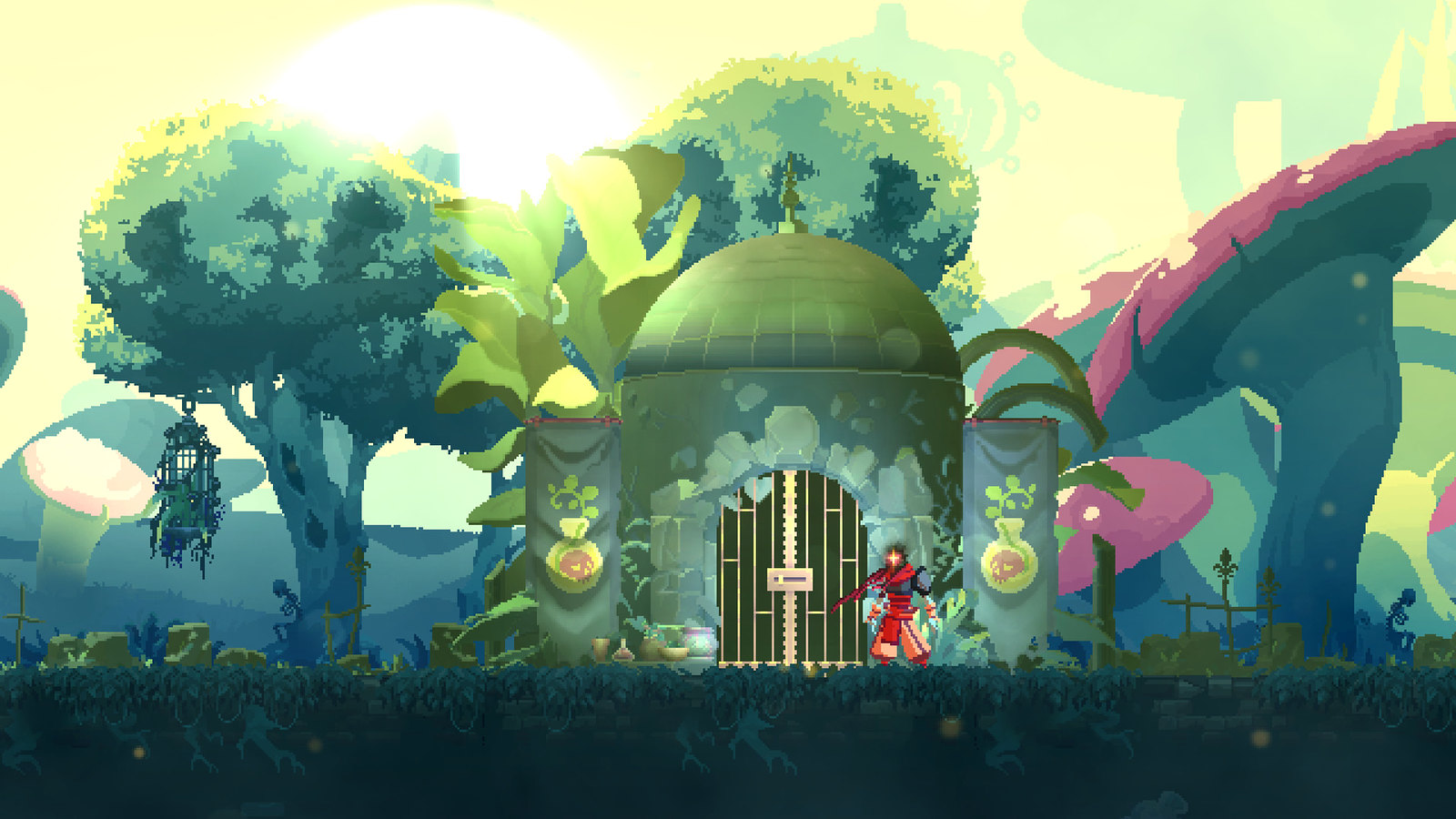 The two new biomes both tackle the dear-to-our-heart theme of the impact of Humanity on Earth and its ecosystems. As such, we have been building the new content with a simple mission in mind: reminding you that, even when roleplaying as an immortal life form embodying a razor-sharp assassin, Nature will kick your ass as easily as if you were a defenseless newborn just out of your mother’s womb…

Jokes aside, we indeed wanted to offer you areas that felt more organic than we’ve done in the base game. It was a wonderful opportunity for us to build a level with a sense of scale that we’ve not done before in Dead Cells. Veterans of the game will immediately notice the huge trees and the mini-boss fights between them. The ticks will likely pose something of a problem for the uninitiated. 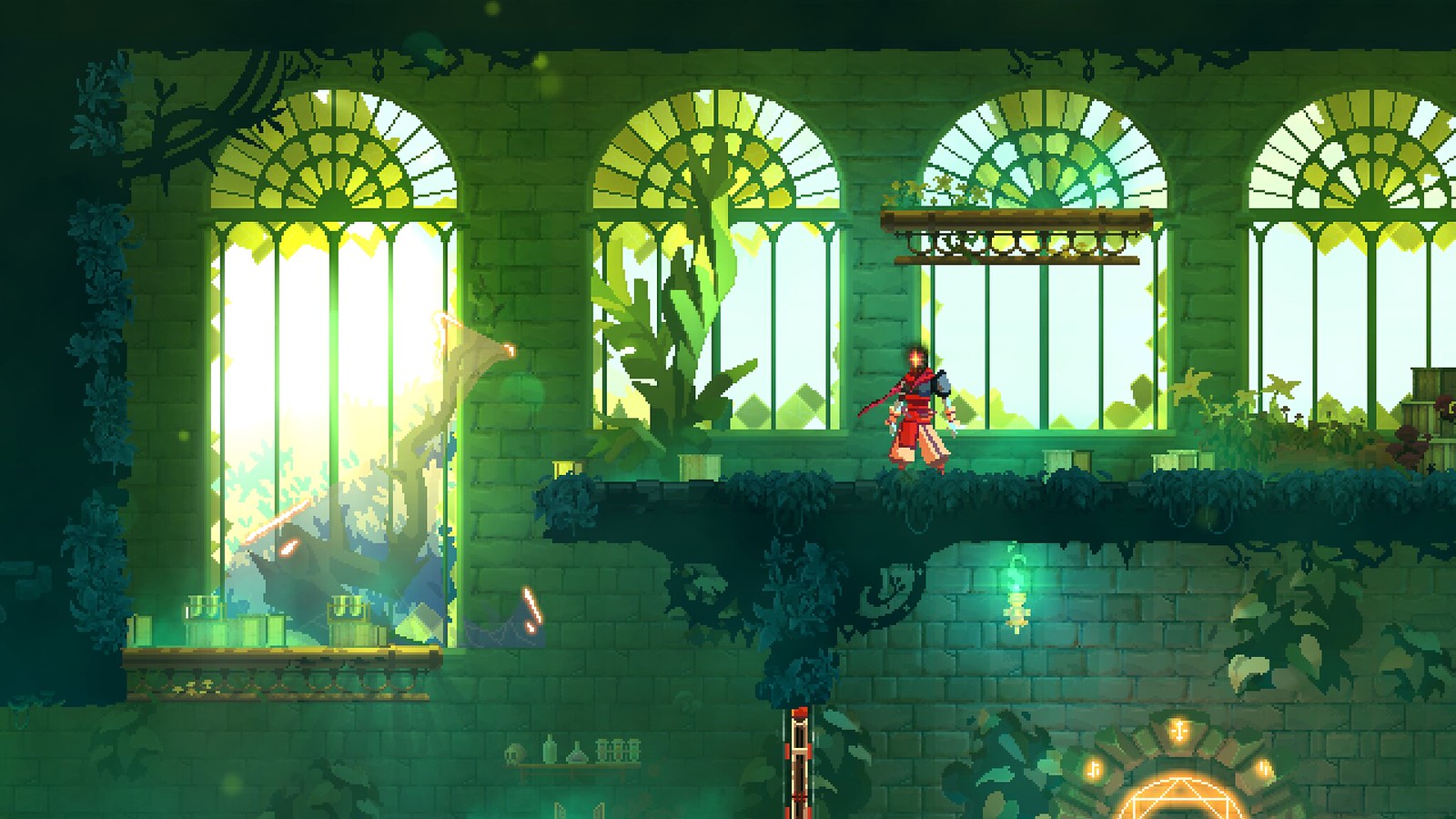 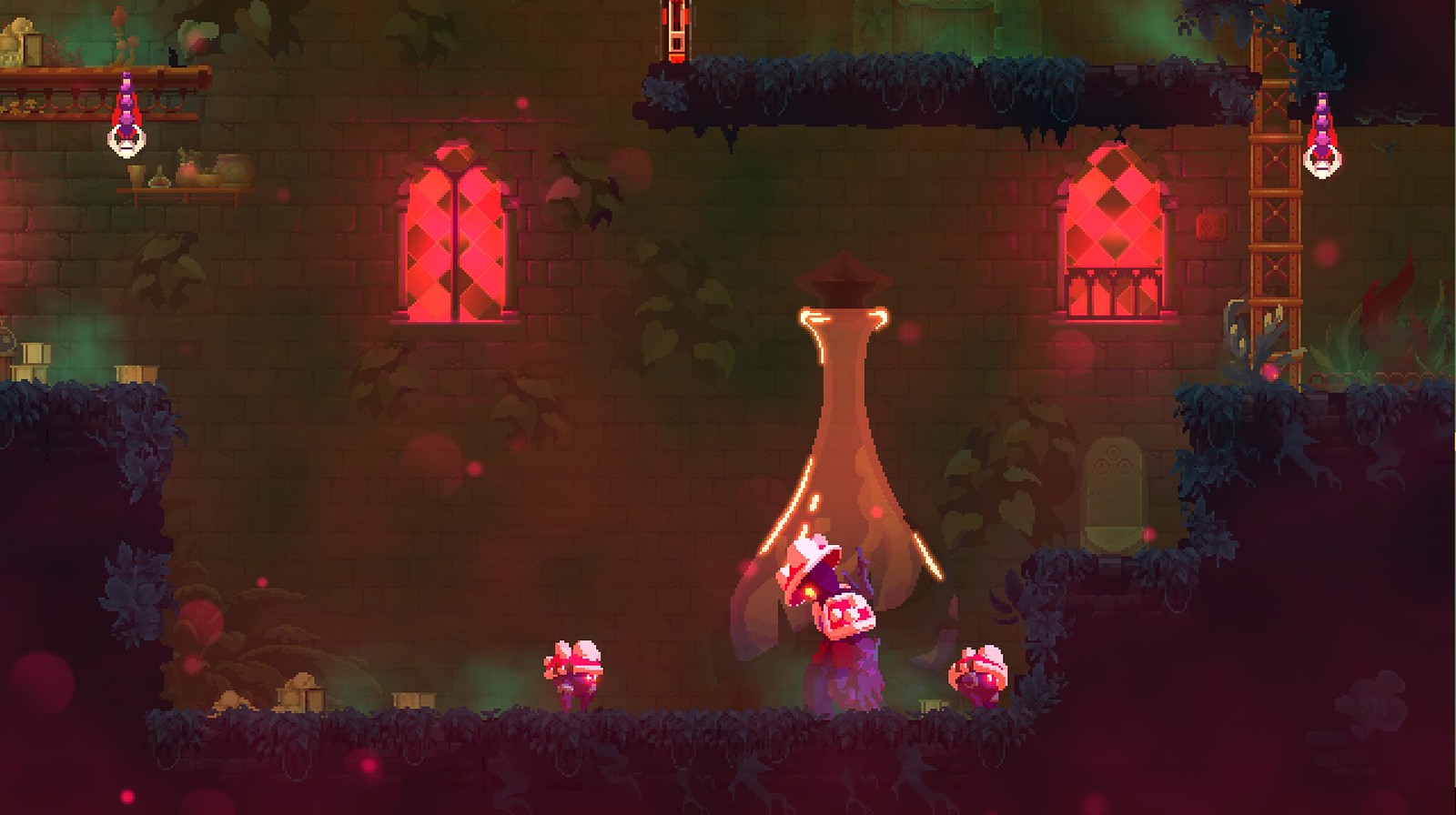 If you manage to avoid the Mushroom People’s manic charges, darts from the sneaky blow-gunning frogmen or ambushes from the spear-wielding Banished, then you may be lucky enough to meet the Motherly Religious Figure ruling this part of the island. Don’t be mad if she tries to eat you though, she had a difficult childhood. 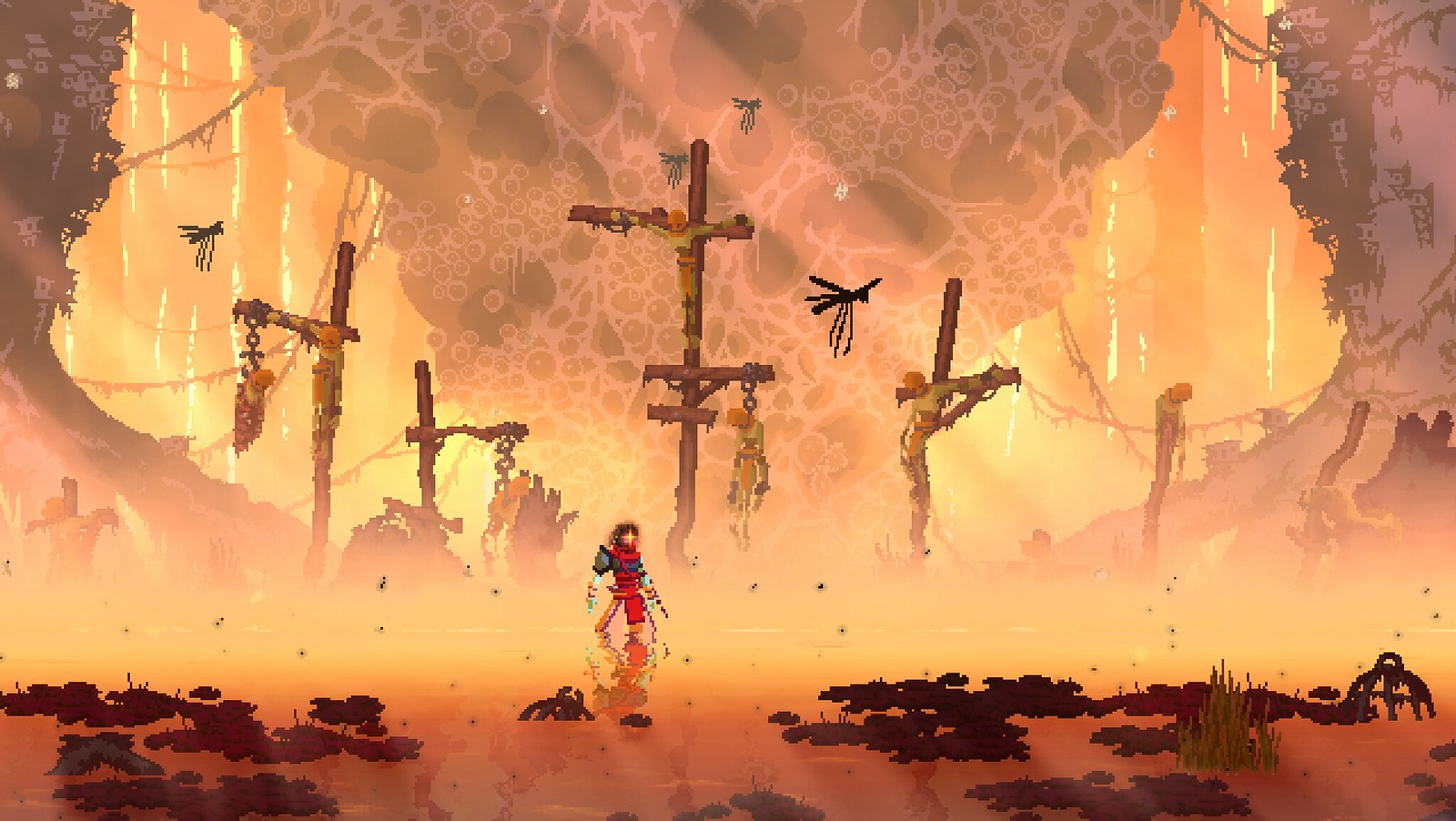 Lastly for those who spend their nights pouring over spreadsheets looking for that perfect build and sweet sweet DPS… You might be interested in experimenting with the Bouzouki and the Scythe, though a decent poison build with a piercing Blowgun gets an honourable mention here too. I have a feeling that there might be a new meta in the works for those of you who figure out how to take advantage of all of this, and particularly for experienced players who experiment with Mushroom Boi. Wink wink, nudge nudge. 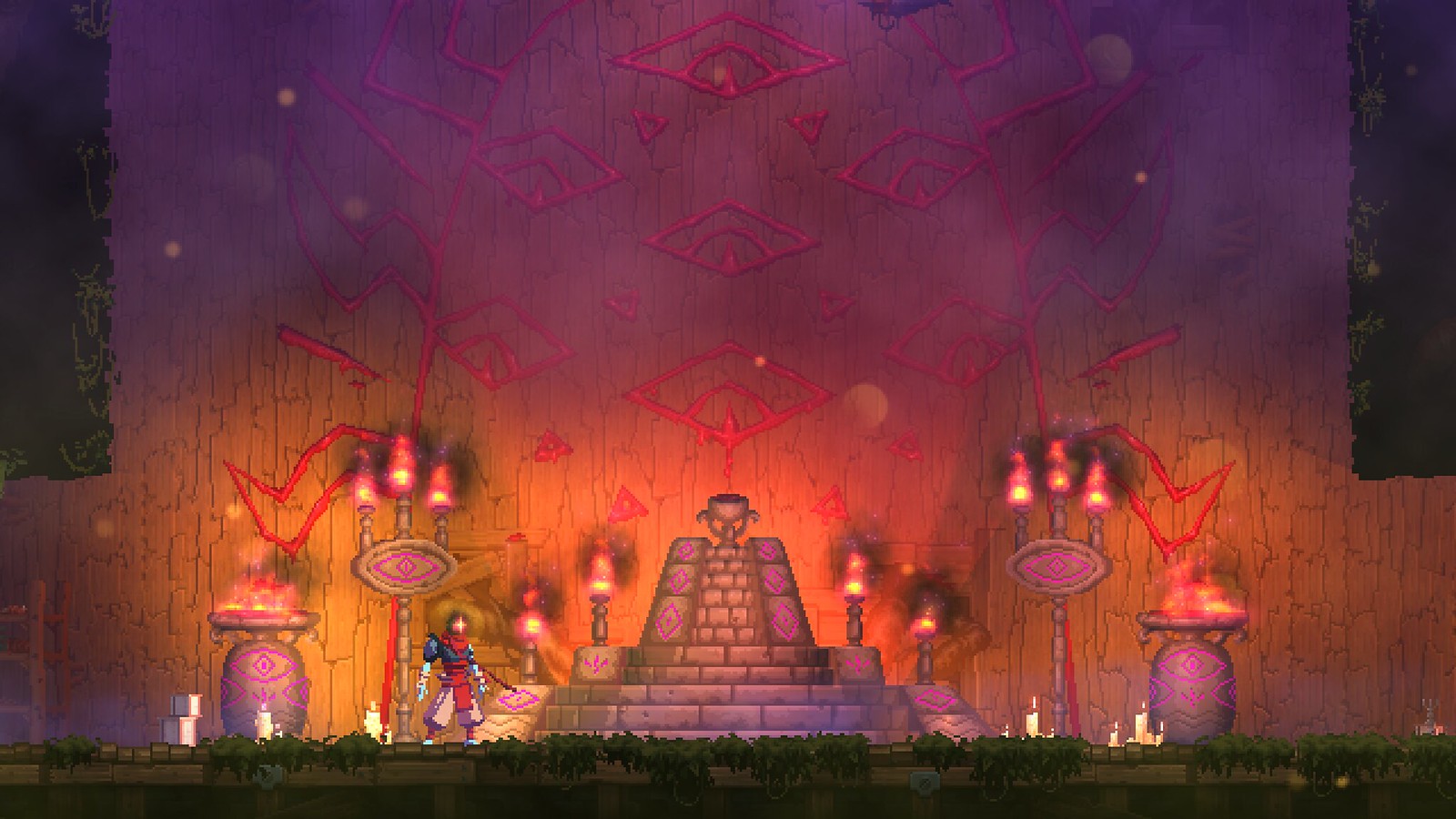 Anyway I hope you enjoy the new content we’ve prepared for you, please do feel free to stop by our Reddit or Discord if you have any questions or feedback.

Here’s How No Man’s Sky Works in PlayStation VR