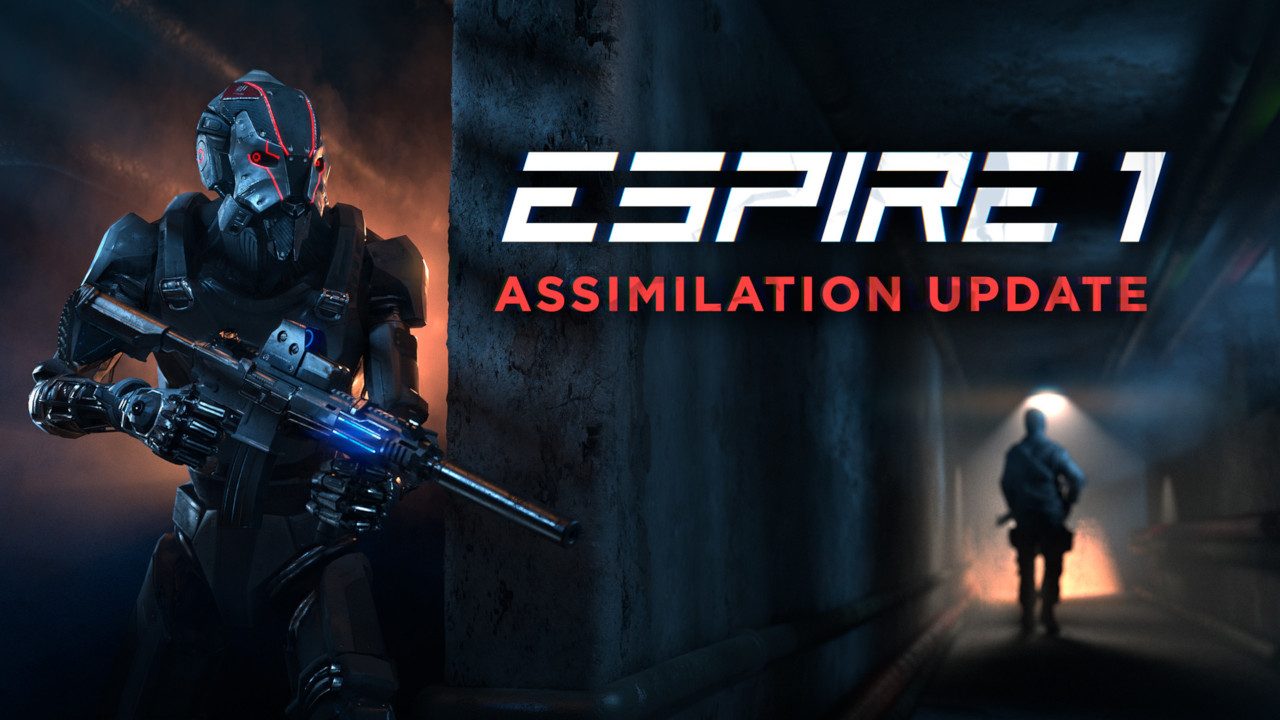 Digital Lode is back with Assimilation — an update to the base game that adds loads of new weapons, modes, and improvements. It is also entirely free for all owners of Espire 1: VR Operative for PS VR.

With this update, we wanted to bring more polish to how the game controls and looks, as well as introduce a whole bunch of free new content. Now players will have even more freedom to approach stealth scenarios in delightfully satisfying ways.

Espire 1 for PS VR now looks and plays better than ever before. The Assimilation update gives PS VR players a significant update to enemy AI, a complete rework to the lighting system in every level of the game, nine new Virtual Challenges and two new weapons. This means there’s a bunch of new content to enjoy for existing players, and brand new players are getting the most robust version of the game to date!

For the VR players who want to scratch that arcade-y VR itch, there are a handful of brand new virtual challenges:

Use the PS Move controllers to complete climbing puzzles before you get squashed by the fast-moving crushers!

Test your accuracy in this Espire-flavored shooting gallery as you run and gun through stages that test your reflexes during tense firefights.

Get in, avoid detection, gather the intel, and get out in the fastest time possible.

A 45-Round SMG. It fires two rounds at a time, once when pulling the trigger and again when letting go. This makes the weapon ideal for mid-range combat.

A brand new shotgun with a wider spread that can be holstered as either a primary or secondary weapon. It also reloads via magazine clip, which is much more efficient than individual shells.

Introducing the Cast of Our World Is Ended, Out Today on PS4