Wingsuiting: A Beginner’s Guide to Risking Your Life in Rush VR, Out Tomorrow

So you’re sick of skydiving, bored with base jumping, and have had it with being hunted by billionaires for sport. You need a new way to flood your central nervous system with adrenaline. Well good news, wingsuiting is just the sport for you!

Rush VR is the ultimate wingsuiting experience. Living up to its name, Rush VR provides the downhill thrills of wingsuiting but with a significantly lower chance of grisly death (depending on where you’ve set up your VR unit, I guess).

But what is wingsuiting exactly? You could find out by playing the game, but if you’d rather read about the history of this insane hobby, please continue.

Wingsuiting was invented by Franz Reichelt. He first tested his invention by leaping from the Eiffel Tower in 1912. This was also the last test. Rest in Power, Franz. A few more foolhardy souls follow Reichelt’s lead, mostly meeting the same unfortunate end, and the hobby died off. It wasn’t until the 1990s that technology and design had advanced far enough that wingsuiting became viable, and from there things really took off (pun intended). 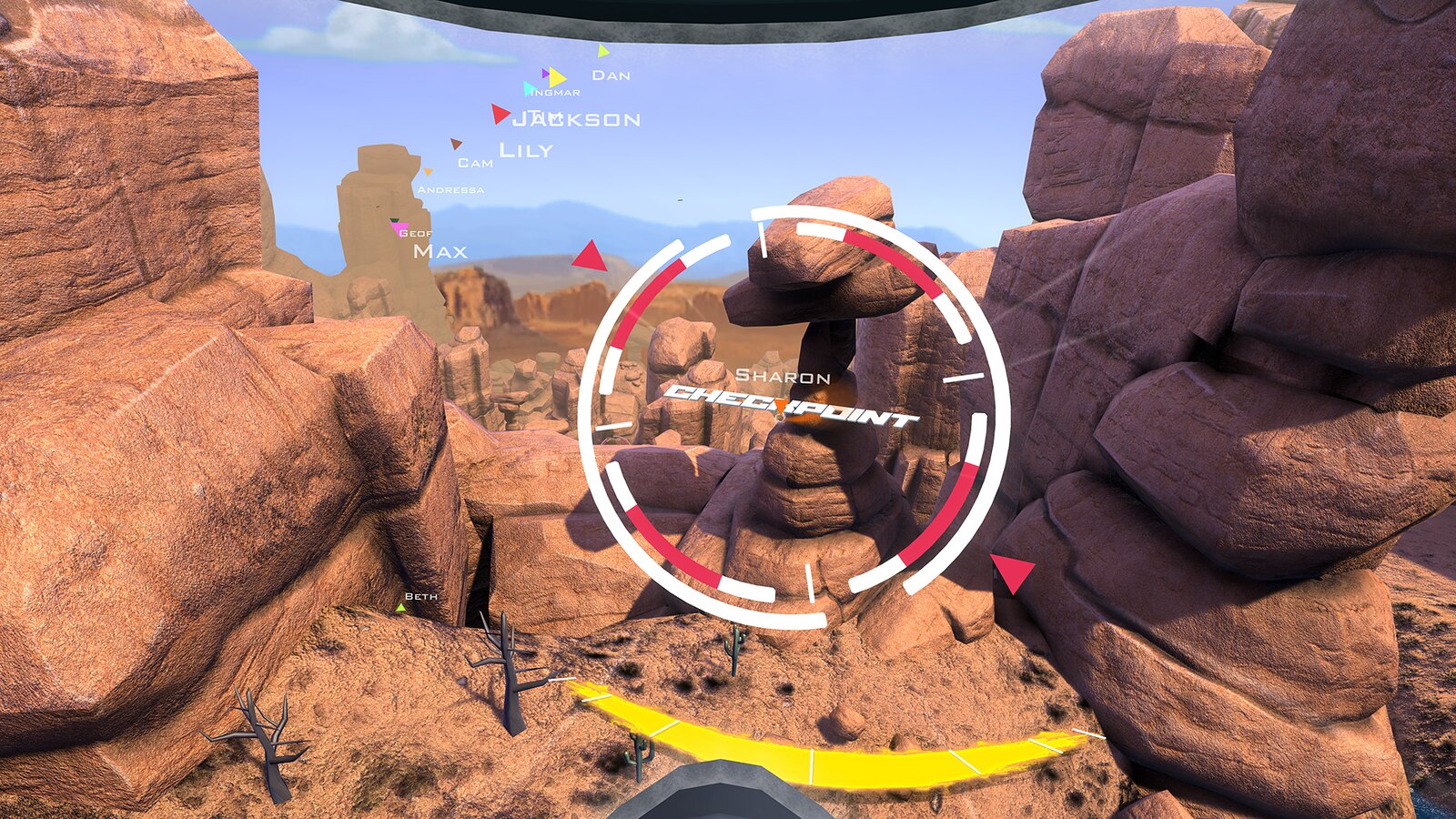 A wingsuit is, and prepare your brain for this next part, a suit with wings. Still with me? Good.

Specifically, it’s a skydiving suit with material webbing stretching from the wrists to the ankles, and between the legs. These membranes catch the wind when the limbs are extended, essentially turning the wingsuiter into one large airfoil wing. Think flying squirrels, or sugar gliders. While this “membrane wing” design does not generate enough lift for true flight, it does drastically increase the ‘glide ratio’ of the wingsuiter, allowing them to soar for great distances.

To make the wing work, the first thing a wingsuiter needs is velocity, usually achieved by jumping from a plane, or BASE jumping from a tall structure (Rest in Pizzarolls, Franz.) Once a sufficient speed is reached, the wingsuiter can begin to control their movement with their arms (or in the case of Rush VR, five other control options as well, because not everyone plummets screaming to the ground in the same way). 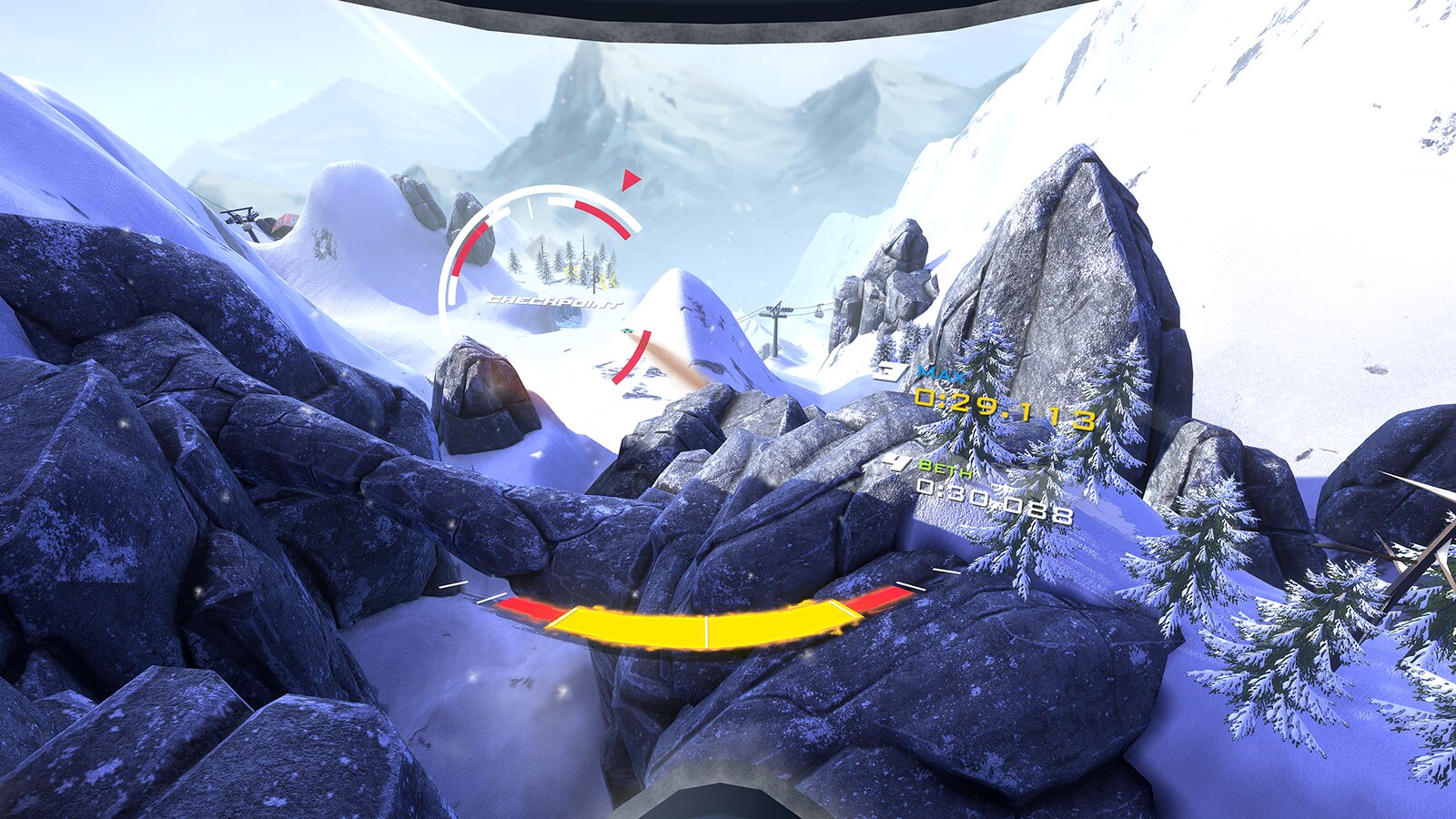 More Thrills Than a Haunted House on a Rollercoaster

Rush VR was designed to simulate the visceral thrill one gets when hurtling down a mountainside at breakneck speed. The sensation of speed is palpable, with the perilously close canyon walls hurtling by, flecks of water and snow colliding with your visor, and the breathtaking drop as you crest over a hill and see the world spread out beneath you. But Rush VR isn’t just a wingsuiting sim, it’s also a racing game, so we’ve included some additional elements to increase enjoyment.

Fill the ever-important boost meter by grinding as close as possible to the walls, floor, or any obstacles you can find. Yes this will dramatically increase your odds of wiping out, but in a downhill race like Rush VR it’s a case of who dares wins.

Admire the View (while also watching out for that damn tree)

Mother nature is amazing, and we think we’ve done her justice with Rush VR. We’ve created four gorgeous environments in which to race, each with dozens of different routes, from beginner to nightmarish, and a whole array of weather and day/night conditions to boot. Want to race during an epic thunderstorm? Or through a canyon as the rising sun casts everything a deep, burning red? We got you. 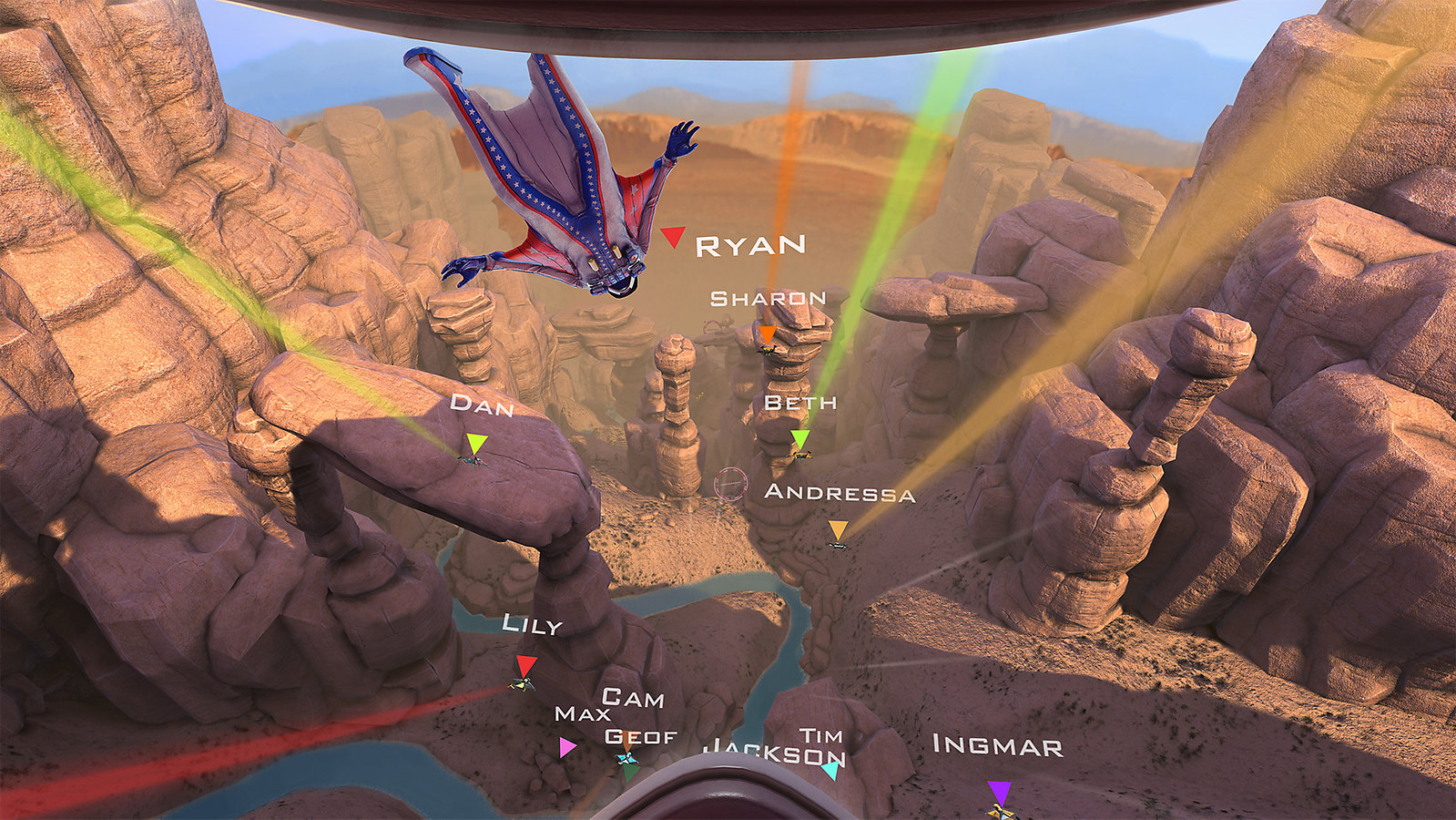 A Friend at Speed is a Friend Indeed

Sure, bots can be crafty opponents, but there is no sweeter victory than that you snatch away from your friends at the last second. Team up with up to seven of your best and hit the jump. Communicate with the extensive hand gestures, shout at them through voice chat, fly in front of them so your smoke obscures their vision: all’s fair in wingsuiting and war.

Physics. Do we really need to say more? Everyone loves extraneous VR physics. We have nerf guns, basketball hoops, beach balls, paddles, you can even crack a soda while you wait; anything you want to kill a little time while waiting for that one picky friend to choose their suit skin (of which we have plenty). Guaranteed you will spend way too much time shooting each other with nerf darts. It’s basically half the game at this point.

And there you have it, your intro into the wild world of wingsuiting. If any part of you is interested in trying wingsuiting for real after reading this guide, then godspeed you brave fool. For the rest of us there is the high-flying, death-defying, adrenaline-pumping action of Rush VR. All of the excitement, none of the splatter. Download it for PSVR and feel the rush! Rush VR releases tomorrow with a 20% launch discount for PlayStation Plus members for the first two weeks of release.