From your first look at the cover of WWE 2K20, it’s clear that things are going to be different this year. Rather than going with a solo WWE Superstar, we’re featuring both Raw Women’s Champion Becky Lynch (the first female WWE 2K cover star) and “The Big Dog” Roman Reigns. Both WWE Superstars factor heavily into the game with their own special modes and a blending of new features and content in a way that’s never been done in the WWE 2K franchise before. Because you’ve demanded it, we’re also giving you all so much more info about the game and features, and showing you clips from the game earlier than ever.

“The Man” Becky Lynch headlines 2K Showcase: The Women’s Evolution as part of the Four Horsewomen, which also includes Charlotte Flair, SmackDown Women’s Champion Bayley, and Sasha Banks. The story-based mode features historical video packages and objective-based matches from throughout their careers and new, exclusive interviews with the Superstars themselves. As you play through the mode and achieve objectives, you’ll unlock new characters, gear, arenas, and more.

The popular 2K Towers return with a wide variety of new challenges for gamers of all skill levels. The centerpiece of it all is a story-driven Tower focused on Roman Reigns. More details to come in the future.

We heard fans loud and clear. You want to create and play as both male and female MyPlayers and take them through MyCareer, Towers, and more. Well now, you can! The MyCareer campaign includes an intertwining storyline that features both of your male and female created MyPlayers, as you take them through their WWE journey. Who knows which WWE Superstars and Legends, and what unexpected surprises and storyline twists you’ll encounter as your forge your own path to WWE greatness? 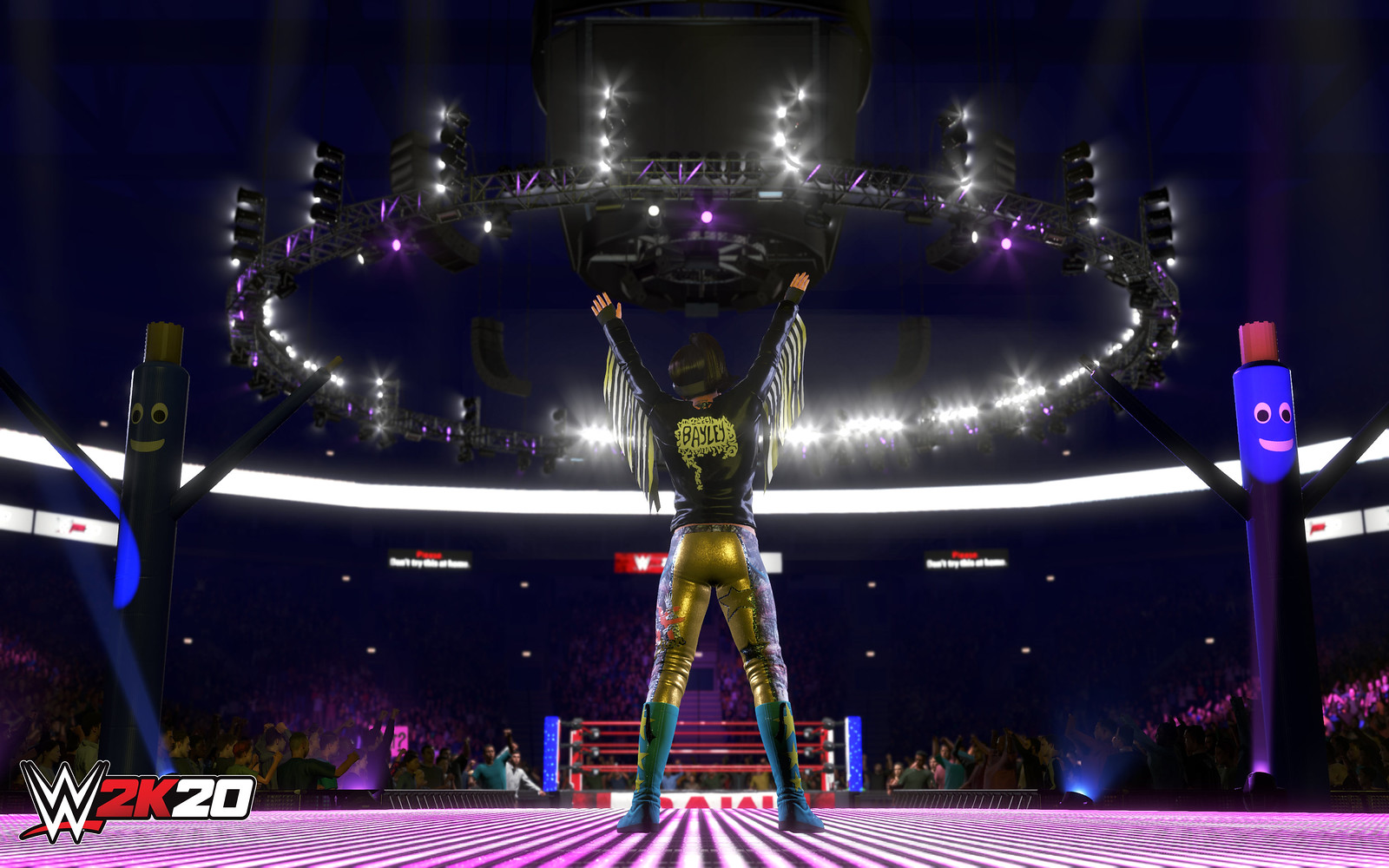 Another first for the WWE 2K franchise: mixed tag matches. Players can now pit two mixed male and female tag teams against each other and battle it out, as seen on WWE programming in shows like Mixed Match Challenge. Have a dream mixed tag team you’d like to put together and take on the entire WWE roster? Here’s your chance.

The WWE 2K20 roster is huge and loaded with NXT and WWE Superstars alongside WWE Legends and Hall of Famers. We’ll be revealing them all down the road, but we have a few bigtime names to share right out of the gate. Included in the WWE 2K20 Deluxe Edition and Collector’s Edition (SmackDown! 20th Anniversary Edition) are some of the all-time greats to celebrate the 20th Anniversary of WWE SmackDown!.

Downloadable content for WWE 2K20 is completely different this year as well. In prior years, we’ve dropped packs of DLC after ship, but this year, we’re going to keep the game alive with significantly more content after launch that will deliver several new realms of themed content to nearly every aspect of the game. WWE 2K20 Originals are a series of packs included with every copy of the Deluxe and Collector’s Editions. And if you pre-order the Standard Edition, you get access to the first WWE 2K20 Original pack at no additional cost.

We’re excited to reveal more about WWE 2K20 Originals and everything else as we get closer to the October 22 release on PS4.

Borderlands 3 Has Fixed An Issue In Bounty Of Blood, And Mayhem Damage Is Currently Higher Than Intended